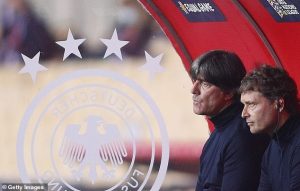 Well shit. That was a perfectly miserable end to one of the most wretched years most of us semi-evolved simians have ever experienced. So much for the normal trajectory toward optimistic support of the national team. Looks like another trend gets bucked in this year of endless shattered norms. Germans won't gravitating toward the side of the "Schwarz und Weiß" anytime soon. If anything, we stand grateful that we can completely forget about them for four full months. Despite all of the yacking about a "historic defeat", one actually doesn't have to reach back a full century or more to locate parallels. The languid performances in the lead-up to the 2006 World Cup engendered similar … END_OF_DOCUMENT_TOKEN_TO_BE_REPLACED