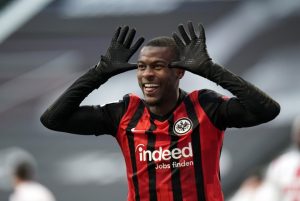 A four-day weekend leaves us with loads of stories on the Bundesliga beat. From the Friday night kickoff to the Monday six-goal thriller, we've got it all covered for those who missed out on the initial post. League-Wide Talking Points: Round 21 Nagelsmann defers until Tuesday The Friday night fixture between Leipzig and Augsburg predictably proved a wretched game of football. Heiko Herrlich's Fuggerstädter racked up four first-half bookings; two of which could be considered accumulator cards. The outclassed Bavarians engaged in so many wince-inducing tactical fouls that, with better finishing, the Saxons might have heading into the dressing room up 4-0. Heading into this … END_OF_DOCUMENT_TOKEN_TO_BE_REPLACED 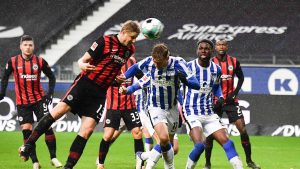 German footballing enthusiasts could have hardly wished for a more intriguing round the second matchday of the 2020/21 "Rück-runde". All the madness of transfer deadline day may leave some still yearning to catch up with the previous weekend's talking points. There's no shortage of riveting storylines heading into week 20. League-wide Talking Points: Round 19 Cooling Iron After losses to Leipzig and Augsburg, the Bundesliga's Cinderella team couldn't quite hold off Gladbach at the Stadion An der Alten Försterei. The 1-1 draw now makes it three winless matches for Urs Fischer and die Eisernen. While such a streak certainly doesn't offset all of the Köpenick club's marvelous … END_OF_DOCUMENT_TOKEN_TO_BE_REPLACED 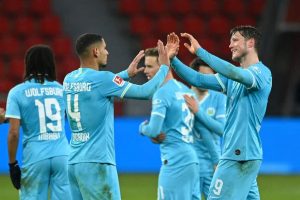 The 2020/21 "Rück-runde" officially begins! Down the stretch we go as all 18 top flight clubs play themselves in the exact same order as they did during the first-half of the season. A turning point in the campaign calls for a new commentary-heavy segment in which we assess the journey of certain clubs as they traverse this demanding year. Those who didn't catch last Sunday's release can, as always, catch up here. League-Wide Talking Points: Round 18 Bayern's new right-back It turned out to be quite the weekend for defenders in Germany's top flight. Gladbach's Nico Elvedi netted a brace against Borussia Dortmund, as did Mainz's Moussa Niakhaté in the upset win over Leipzig. … END_OF_DOCUMENT_TOKEN_TO_BE_REPLACED 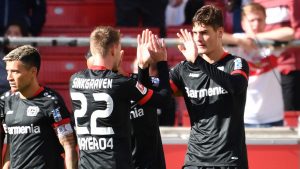 One week has now passed since the continental European footballing transfer window slammed shut. An early weekend treat appeared on Bulinews some three days ago. For those eager to catch up on a Monday morning, we'll repost here. The longest ever summer transfer window finally drew to a close on Monday. A complete list of all transactions undertaken by the 18 Bundesliga clubs contesting the 2020/21 campaign can be found here. With the dust now settled, we can begin to add some context to all of the activity. In this piece, we'll evaluate the personnel decisions of all 18 clubs using the European grading scale of 1 (being top marks) to 6 (representing the bottom grade). Who were the … END_OF_DOCUMENT_TOKEN_TO_BE_REPLACED