The most colorful fan scene in Europe continues to wrest itself from its COVID-induced slumber. We’re getting there, even if Germany doesn’t quite have the vaccination rates of those countries capable of ending corona-related restrictions permanently. 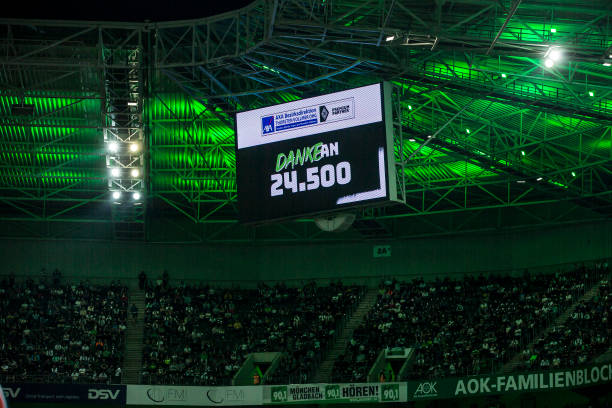 It gets better than this. Oh so much better.

A bit of catch up work to do on the profile site today. First, we’ll relive the 2021/22 German Bundesliga’s fourth round with a picture-added repost of the hot sheet over on Bulinews.

Our fourth check-up with the state of the footballing crowds in Germany’s top tier reveals how much is changing so rapidly within the Bundesrepublik. Virtually all of Germany’s sixteen federal states are moving away from restricting public events based on the local COVID incidence rate. In the case of open-air events, this most football clubs have permission to aim for 75-percent-stadium capacity.

As we shall cover below, some Bundesliga clubs have taken immediate advantage of this whilst others proceed more slowly. Entrance to all footballing venues is still governed by the so-called “3G concept”–“Geimpft” (vaccinated), “Genesen” (recovered), “Getestet” (tested). Wolfsburg and Köln remain the only to clubs who operate with a “2G concept”, “Geimpft” (vaccinated), “Genesen” (recovered); barring non-vaccinated or recovered fans from the stadium.

Time shall tell if either one of these concepts survives the autumn. The vaccination rate for the adult population Germany appears to have plateaued at approximately 69 percent. The beginning of October also marks a significant turning point at which the federal government has announced it will no longer pay for public PCR tests outside of institutions such as schools and hospitals. It may soon be the case that no regulatory system can be realistically sustainable.

Clubs in some parts of Nordrhein-Westfalen are gradually working their way up to 75 percent capacity. While incidence rates remain high in this densely populated area of the country, vaccination are above the national average as well. The last time die Werkself hosted a home Bundesliga fixture back in round two, the town actually had the highest incident rate in the Bundesrepublik.

The numbers trend back down. Some local supporters may not have known that the club was offering more tickets this time. The official attendance figures from last night’s Europa League fixture lists the crowd at 11,013. That low number happens to be normal for a UEL group-stage match in working class areas of Germany. 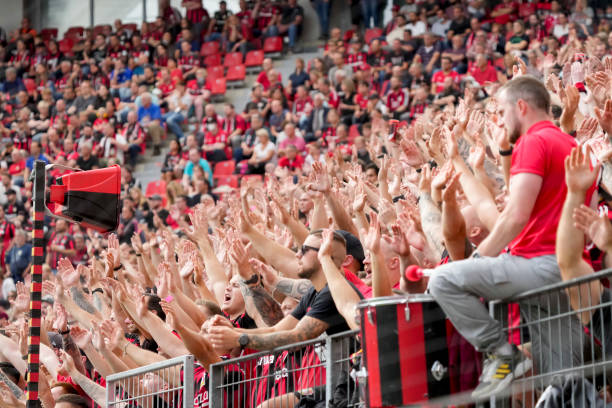 Big surprise here as it was confidently averred that no match at the Stadion An der Alten Försterei would ever fail to sell out. To be fair, it came very close. There remain endless entertainment options in Berlin; many of which may have been available for the first time for some fans. One should also take the opponent into account and the fact that some supporters may be saving up money to watch the team play their Europa Conference League fixture in the Olympiastadion next week. 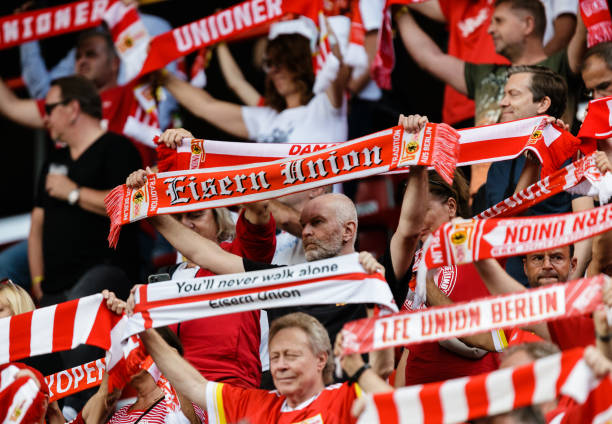 The Breisgau devotees continue to pack into the old Schwarzwald-Stadion before it’s time for the local club to relocate to its new digs in October. For reasons unknown, the SC offered 100 fewer passes this time. There also doesn’t appear to be any plans within the organization to make more available for the next home match.

The German federal state of Baden-Württemberg was among the first to drop any and all restrictions tied to the local COVID incidence rate. The statistic has officially been academic in the area for over three weeks. One could speculate that the club opts to focus exclusively on the logistics of opening of its new venue next month. 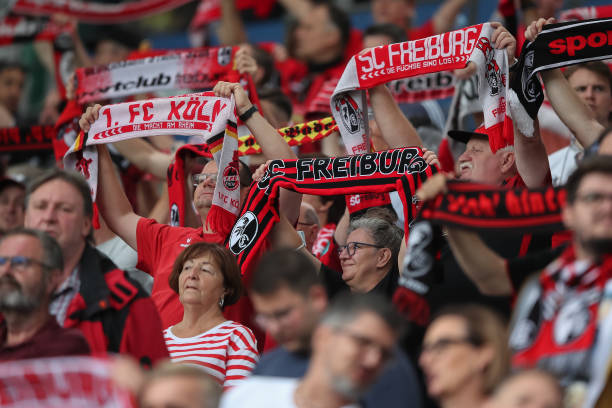 Attendance ticks up by a little over 400 patrons at the PreZero. As noted many times in this space, the Sinsheimers probably won’t sell out unless Bayern or Dortmund come to town. What the traveling contingent of Bayern or Dortmund supporters plan on doing on their trips to the Rhein-Neckar region is something many of us league-watchers are curious about.

It may seem as the anti Dietmar Hopp protests took place in a different eon. In a way they did. Pre-pandemic times can hardly be compared to the present. One should nevertheless bring up the fact that there were heavy protests across the Bundesrepublik the last time Bundesliga stadiums were packed to the brim.

The spirit of protests among German ultras hasn’t disappeared. The only question remains when it shall emerge from hibernation. 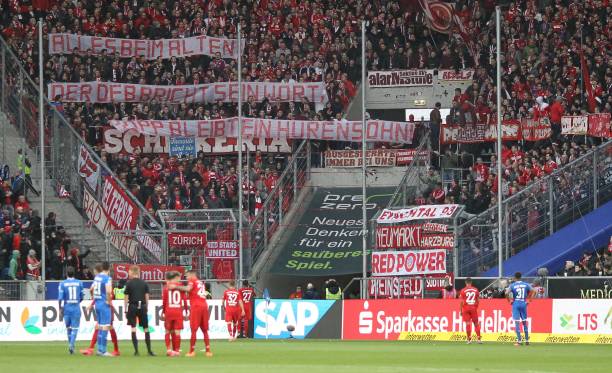 The Middle Franconians came close to selling out the Ronhofer Weg. The only plausible explanation for the extra 260 passes not being snatched up must concern lack of knowledge among the local fan base. Functionaries at das Kleeblatt were operating on the assumption that restrictions would only allow them to offer 6,700 tickets three weeks ago.

Lifting of controls in Bavaria surprised everyone. Apparently, the Fürth fans were amongst those caught off guard. One assumes that the club won’t have much difficulty selling out its home matches this year. Even if the product on the field isn’t all that pleasing, the small town supporters will come out for their lads.

Saturday’s “Top-Spiel” featured the first over-75-percent-capacity stadium crowd in the Bundesliga. The German Red Bulls quietly submitted their request to city officials. What was front page news in the Bundesrepublik last March got mostly relegated to the sports section this time. An interesting illustration of how much has changed over the course of the six months. Coincidentally, the same two teams and venue were involved.

That isn’t to suggest that all the German footballing publications didn’t report on the subject over the international break. Local health officials mulled putting the brakes on the 79-percent-capacity crowd for a couple of days. The Leipzig health department ruled out intervening last Wednesday. In this area of the country, the incidence rate remains low. Quietly or not, a milestone has been passed. 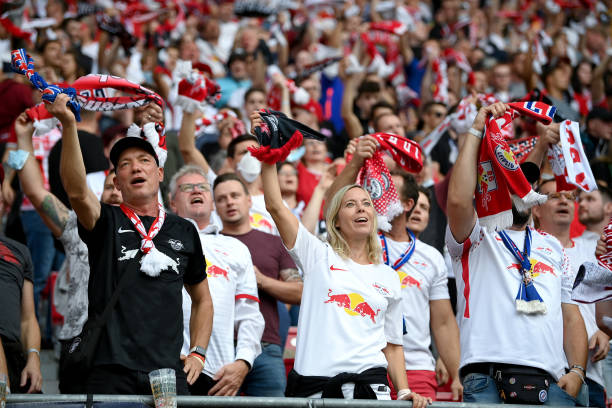 With all of the tumult and political bluster of the state and local interpretations of the incident rate behind this club, the SGE has its first sell-out of the season. It did not take long for Eintracht to achieve it’s second sell-out, either. Last night’s Europa League opener also featured a full-capacity 25,000 crowd. Even if it takes the team some time to find its footing this year, one generally rely upon the Frankfurt ultras to come out and support this club in full force. 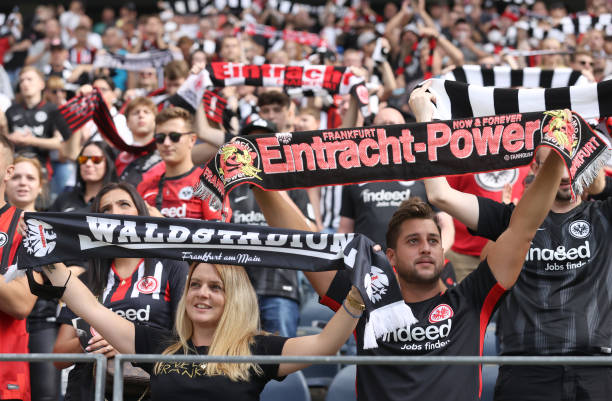 The Castrop sold out for the second home Bundesliga fixture of the 1848ers. It proved quite the treat for most league observers to watch this passionate fanbase have the privilege of watching Bundesliga football once again. This should be one of the NRW clubs pulling 75-percent-capacity soon. 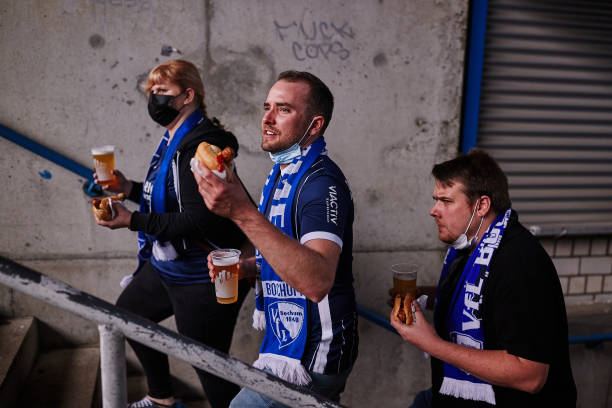 The cautious “checkerboard seating” concept from round one being a thing of the past, the foals came agonizingly close to taking advantage of their full allotment. The BMG will likely still keep the 25,000 cap for a few more fixtures before trying for 75-percent-capacity themselves. One can likely also say the same for Bayern and Dortmund as this ratio translates to a large crowd control exercise in their cases. 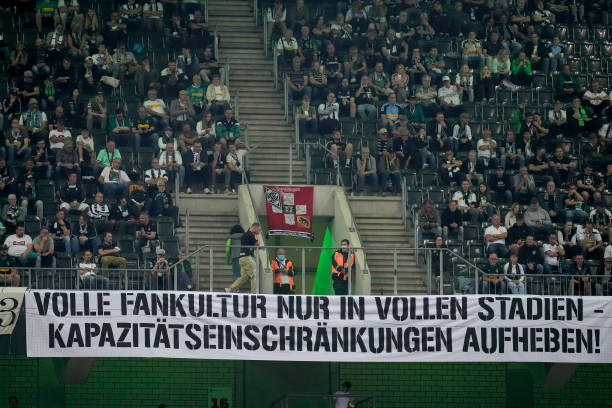