One can’t exactly separate politics from football these days in the Bundesrepublik. A certain writer shall nevertheless try. 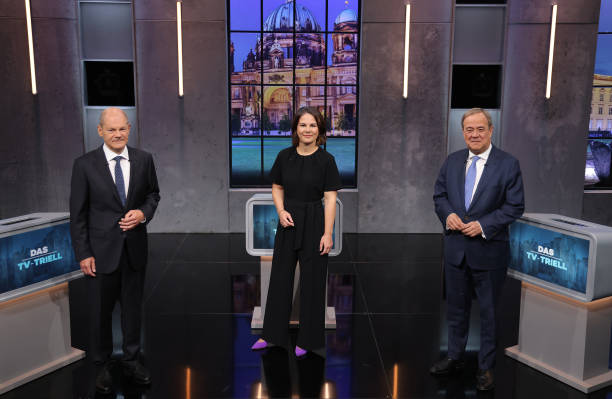 Ah shit. Nevermind. This week’s attendance column ultimately couldn’t avoid it. The fact is that the slow roll out of COVID restrictions is influenced by the coming federal election. One can’t adequately explain why Germans operate under “2G” and “3G” restrictions without mentioning it. Those with the tolerance for a bit of “Bundesrepublik Babble” (or indeed simply possessing the wherewithal to scroll down) can some nice pictures from the latest round of Bundesliga action below.

While some countries presently do away with their corona restrictions for good, matters proceed a little more slowly in the Bundesrepublik. Vaccination rates in Germany have effectively leveled off, rising only 5.2 percent in the last six weeks. It’s possible that the percentage of the adult population willing to get vaccinated has now peaked around 68 percent.

In some nations, the focus now shifts to targeted vaccine mandates. This is currently not feasible in Germany, as a federal election is scheduled to take place in four days time. None of the candidates vying to succeed Angela Merkel as chancellor could afford to endorse any sort of policy that might even be construed as a mandate to get vaccinated.

With negotiations to form the next governing coalition expected to take several weeks at a minimum, it does not appear as if there will be any sort of federal policy forthcoming soon. Hence, it looks as if public events will be regulated by the “3G” (“Geimpft” (vaccinated), “Genesen” (recovered), “Getestet” (tested)) and “2G” (“Geimpft” (vaccinated), “Genesen” (recovered)) concepts for some time to come.

On the German footballing front, many German clubs have now been given permission to operate at 75 percent capacity. In the city-state of Hamburg, the Hamburger SV has even received approval from the senate to operate at full-capacity (57,000 fans) this weekend in a 2. Bundesliga fixture against Nürnberg. It should only be a matter of time before most, if not all, football stadiums can utilize all their seats.

DFL chief Christian Seifert held a press conference this week during which the presented some data concerning football attendance and the pandemic. Seifert presented a study of all fixtures that have featured some live fans during the 2021/22 Bundesliga season. According to Seifert, over 900,000 fans have attended top tier matches in this young season.

Seifert claims that, cumulatively speaking, the presence of live fans has produced only a 0.66 percent increase in local incidence rates. The DFL boss thus infers that there can be no evidence that allowing fans into stadiums accelerates contagion.

“If anyone wishes to say that football matches are potential ‘super-spreader’ events and that it is dangerous to go to them,” Seifert said, “We must emphasize that this is categorically false.”

Taking all of this information and these trends into account, one can foresee how the issue of footballing attendance will unfold over the next few months. All of the stadiums will eventually fill up, yet continue to operate under the “3G” and “2G” restrictions.

Dortmund and Leverkusen joined Wolfsburg and Köln this week in announcing that they would move to “2G”. The remaining 14 Bundesliga clubs that still use “3G” only reserve a very small amount of tickets for fans who don’t meet the “vaccinated” or “recovered” criteria.

We’ll begin reporting on which clubs use which concept in our weekly attendance column. One expects that all clubs (and indeed businesses of all kinds) will eventually move to “2G” over the next few months.

It is by no means a controversial or subjective statement to say that “2G” amounts to a “vaccine passport” protocol. There are those with strong opinions on the matter. We’ll stick to reporting developments in this space.

A number like this actually isn’t terrible for Germany’s Western capital city club. It even surprises one somewhat that so many in the Charlottenburg-Wilmersdorf district considered it worthwhile to purchase tickets for Fürth. Note that this does actually constitute quite the improvement over the last time Hertha hosted a home fixture all the way back in round two. Some pent-up demand was in play as over 3,000 more patrons showed up.

When Fredi Bobic speaks publicly about Hertha’s excellent hygiene concept, he’s not blustering. “Die Alte Dame” have long had a detailed plan to control traffic flow in an intelligent manner that separates groups on entry. It naturally helps when one plays in a venue as large as the Olympiastadion. The club can easily cordon off every other gate to ensure the supporters are distanced.

In the country’s capital, the ultimate end to corona-related restrictions rests with the Berliner Senate. Based on the body’s recent treatment of cross-town Union, one can safely assume that the end is likely in sight. 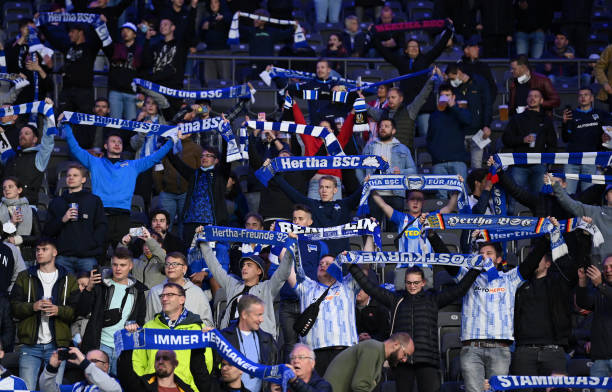 At present, there are not bold proclamations from the German giants about opening the Allianz up further. It might be the case that the Bunesrepublik’s most conservative state will continue to take it slow. The Bavarians will find themselves in no rush to be held liable for a “spreader event” that might potentially damage the club’s global brand. The international reach of the club is also relevant here.

FCB fans from all over the world will happily resume plans to make their pilgrimages to the club they support from afar once word spreads that the Allianz is fully open for business. Hence, we might see some prolonged caution on behalf of the FCB. That being said, the club can only hold out for so long if the rest of the teams aim for full capacity.

Something of a slick numerical trick from the Pfälzer. They proudly recorded a sell-out crowd by reducing the number of tickets on offer. There were more vouchers made available for the previous home fixture. We shall soon see if the Rheinhessen can truly sell out the Mewa Arena after big news came out of the Palatinate this week. The Rhineland politicians approved a 75 percent capacity regulation for open-air public events on Monday.

FSV Mainz 05 published a press release heralding a “large-scale return to normalcy” soon after the news broke. The Nullfünfter then announced that they would put 25,000 tickets on sale for the next home match against Union Berlin on October 3rd. Those showing proof of either vaccination or recovery won’t even have to wear masks or present contact tracing data.

In a totally non-veiled statement about how important the club considers vaccination, only 1,000 tickets are reserved for those willing to submit to a test. Those fans only have access to a small section of the stands. It’s difficult to see clubs maintaining this “special section” for too much longer. As noted in the introduction, “2G” should be prevalent soon. 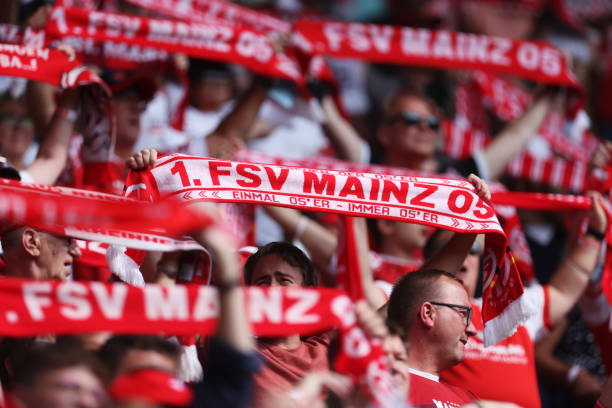 The Fuggerstädter finally managed to sell out a home match for the first time this season. The Bavarian Swabians remain a little less conservative than their neighbors south in Munich. Still, the FCA is one of only a few German football clubs who haven’t taken full advantage of the maximum capacity cap afforded them under their state law.

Managing director Stefan Reuter is on record stating that he wants the club to go beyond the full cap “very soon”. Reuter presumably remains vague about plans because the club doesn’t have to commit to anything until they host their next Bundesliga match after the international break. Augsburg welcomes Bielefeld on October 17th.

One cannot help but feel a warm glow whenever the DSC gets a chance to allow their local supporters through the turnstiles. Most German football lovers adamantly refuse to call Arminia’s stadium by its sponsored name. The “Schüco Arena” remains something of a taboo as it was actually the locals who financed the stadium’s recent renovations by buying bonds that the club later defaulted on. We call it the “Bielefelder Alm”. Period.

To the surprise of no one, this NRW club has sold all three of its Bundesliga fixtures thus far. As noted a couple of weeks back, a string of uninterrupted sell-outs over the course of the entire campaign counts as a safe bet. The locals remain incredibly loyal to their DSC. North-Rhine Westphalia also approved 75-percent capacity for open air events this week. The new ordinance is scheduled to take effect in seven days. 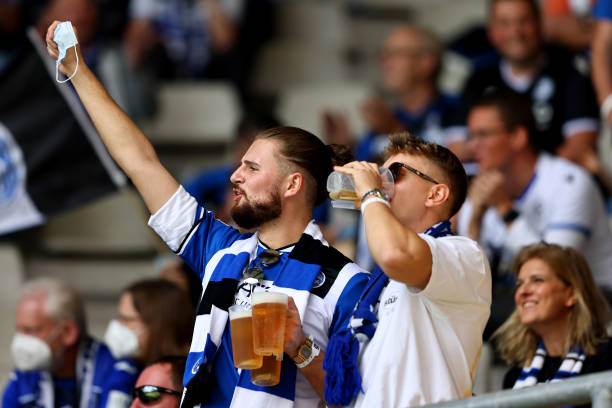 The first top-tier German footballing club to implement the “2G concept” is now set to strive for full capacity. Köln boss Alexander Wehrle–one of the most outspoken critics of the ordinances in place last autumn–told Germany’s SportBild this week that he wants a 50,000 strong crowd “promptly”. There’s a bit of political haggling inherent in his statement.

Since the Effzeh can demonstrably prove that it can execute “2G”, Wehrle expects that NRW authorities will grant his club permission to use it on the largest possible scale. It’s doubtful that the administrator will get his wish before the next home game against Fürth on October 1st. After the federal elections and international break, however, it’s not inconceivable. 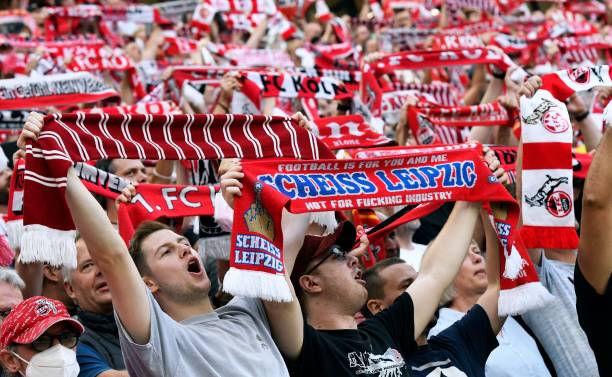 The Württembergers came agonizingly close to selling out the Mercedes-Benz Arena this weekend. The VfB nevertheless did sell out their previous home fixture and the zeal of the supporters who attended the Leverkusen match gave one the impression that many more were in attendance. It can be anticipated that this well-supported club will either sell-out or come very close for the duration of the season.

In the German federal state of Baden-Württemberg, the incidence rate officially plays no role in any public policy decisions. Six other German states followed the lead of south-westerners after BaWü became the first to permanently pitch the metric for good. A 75-percent-capacity extension isn’t in place yet, but can be expected soon. 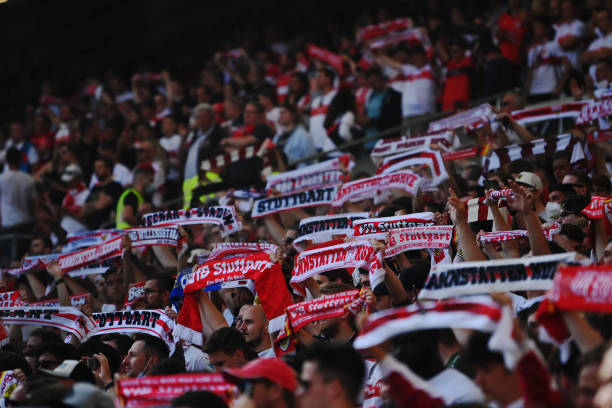 BVB boss Acki Watzke is at it again with the proactive statements. The ever-outspoken sporting executive said this week that he always considered the “blanket restrictions” to be nothing more than “arbitrary”. Watzke, somewhat belligerently, averred to members of the German press that he “will no longer shoulder the burden of these restrictions”. Germans consider this time of swagger “very Acki”.

Of course, Watzke will have to shoulder the restrictions for a little while longer. His club plays in the largest capacity stadium in the Bundesrepublik. It’s likely that Signal-Iduna Park will be the last venue to receive clearance for full capacity. Dortmund have nonetheless confirmed that they will strive for it on Matchday Eight (October 16th). 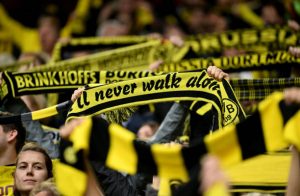 Not the best news to end on. Moreover, there’s only so many times a writer can reference the exact same joke about Wolfsburg attendance figures. It’s a small company town. The ultras are fun. They have a nice sense of humor. Germans don’t group the VfL with the likes of Leipzig and Hoffenheim.

Unfortunately, the fan base really isn’t very large. In all likelihood, the Champions’ League fixtures won’t sell out either. VW enthusiasts will decline the late kickoffs as they have to go to work the next day. Well made cars do not build themselves.