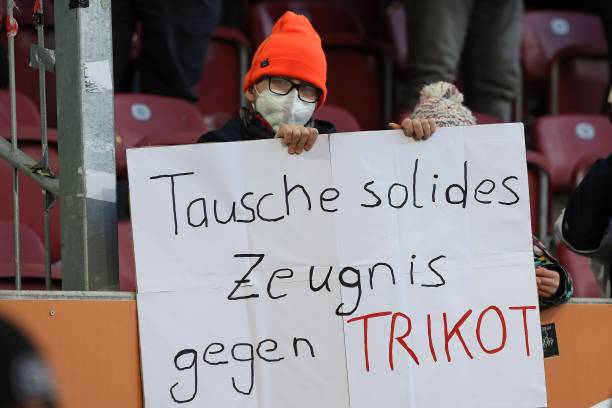 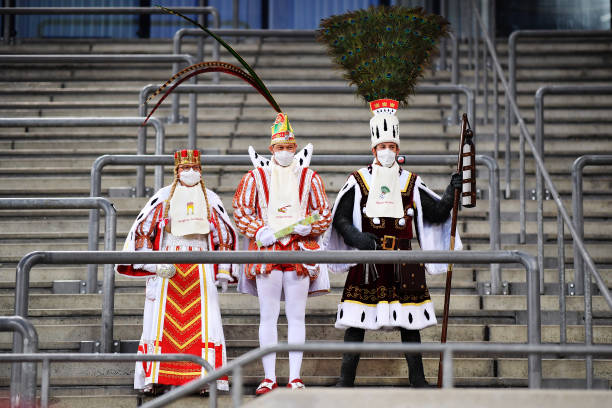 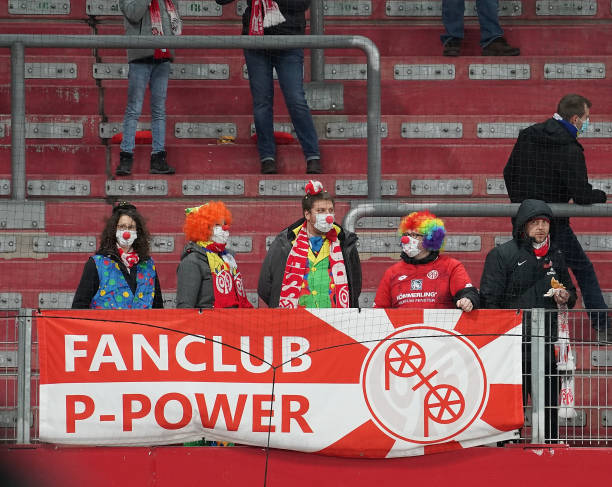 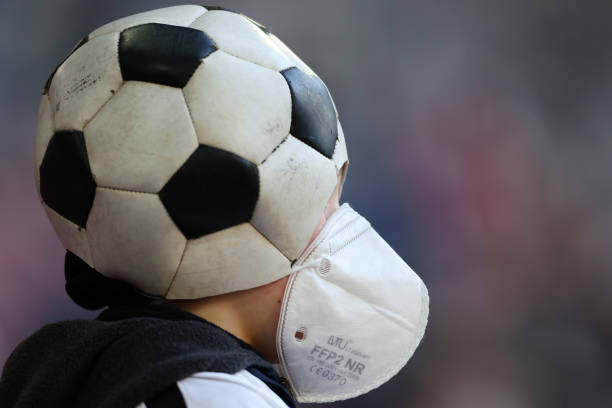 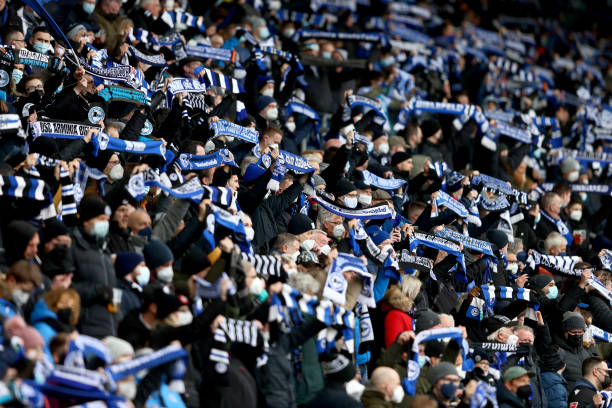 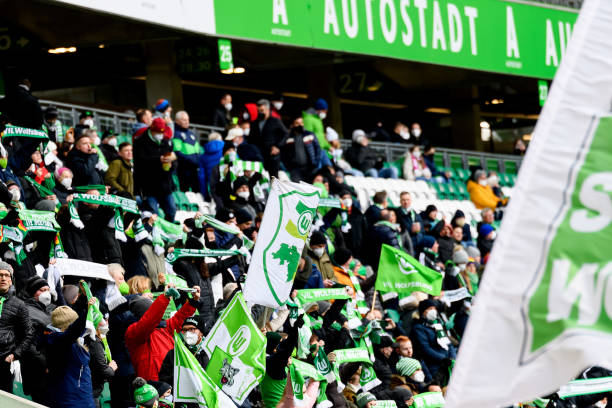 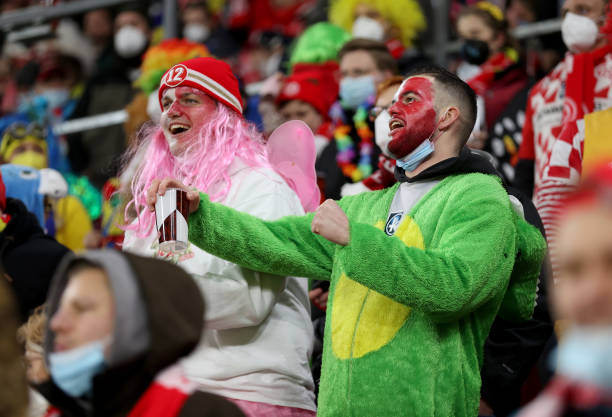 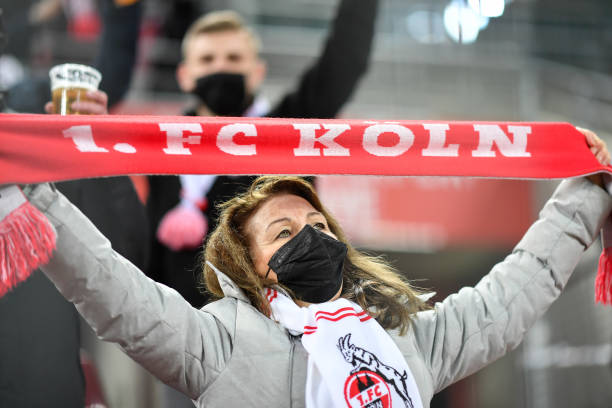 The 23rd round of the 2021/22 Bundesliga campaign began with an uplifting “Fassnacht Goal Festival” in the carnival city of Mainz. An absolutely fabulous “Super Sunday” with three fixtures involving German teams participating in the European club campaigns (Bayern, Dortmund, and Leipzig) produced a combined total of 18 goals.

Attendance caps were rising in certain parts of the country, though many federal states still maintained their 10,000 live spectator cap. Three of the nine matches taking pla did not reach full attendance. In the case of Wolfsburg (one of the league’s worst attended teams) and Stuttgart (slumping badly at the time) this was to be expected. Augsburg came in just shy of full attendance.

In something of a bittersweet development, the most exciting match of the weekend proved a more subdued affair. The 10,000 live fans at Dortmund’s Signal Iduna Park (with no noticeable ultra groups present) calmly watched their team run up the score late against visiting Gladbach. Such an occurrence reminded German football lovers how long we’ve yet to go.

Nothing beats the visits over at the Mainzer FanKurve! 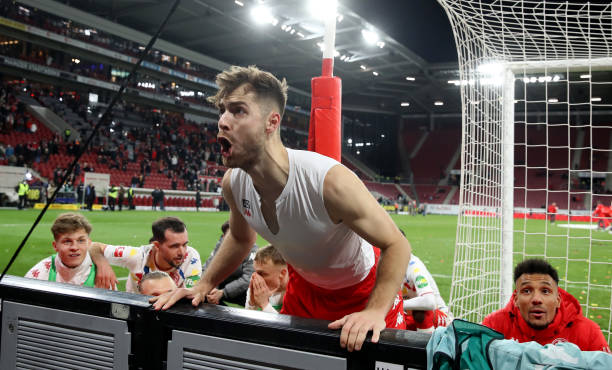 Guess who else is back? 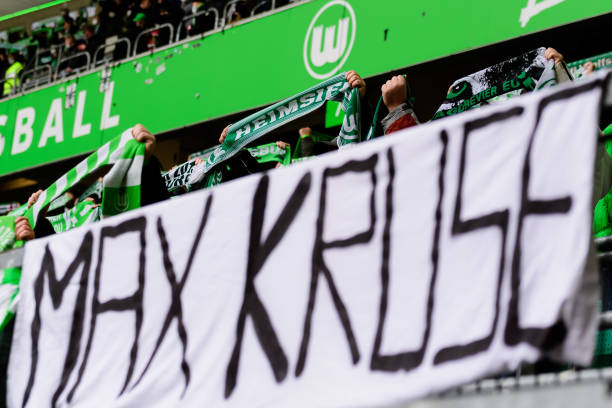 The VfL ultras welcome back an old friend.

Sometimes the slant of the sun hits the Mercedes Benz Arena just perfectly. 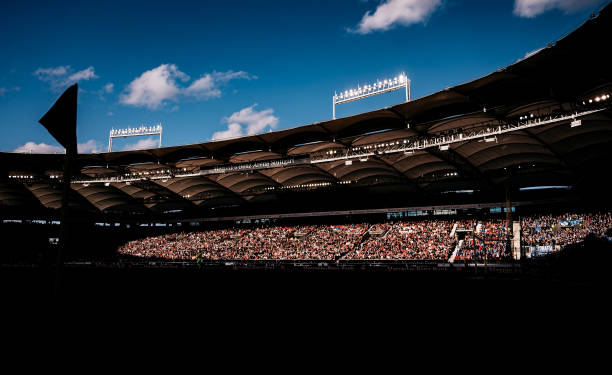 Without those filled seats, one beholds nothing more than a tomb.

No clue which club this particular fan was rooting for. 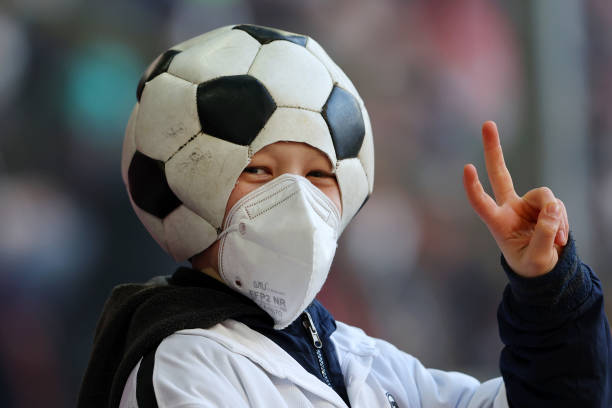 Freiburg or Augsburg, man or woman, adult or child…..we could nevertheless definitely hang.

Best idea I’ve seen in quite some time. 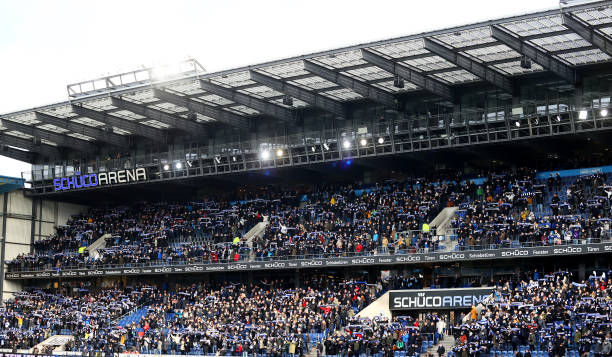 Such a nice Arena the local Teutoburgs paid for themselves. Incidentally, it shall forever be referred to as the Alm. That Schüco shit remains a no go. 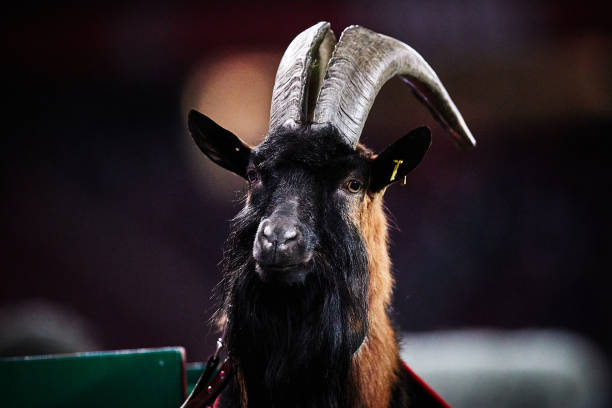 At the rate the Effzeh are going with this mascot, the next one will weigh far over 500 lbs.

Consider for a moment that this kid knows no other Deutsche-Meister apart from Bayern München. 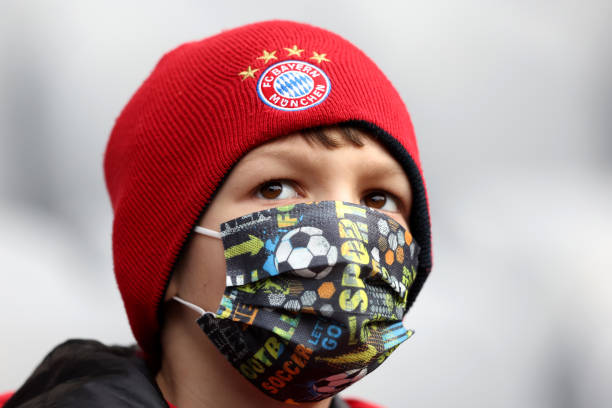 Well before you were born, young man, we once thought three consecutive titles for the FCB were too much.

Nothing dampens a 6-0 home victory. 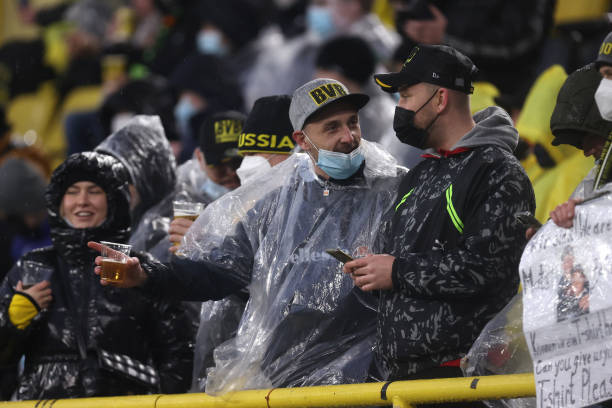 Not even a Bierbecher half full of rainwater.

On the flip slide, nothing eases the loneliness of a 1-6 loss. 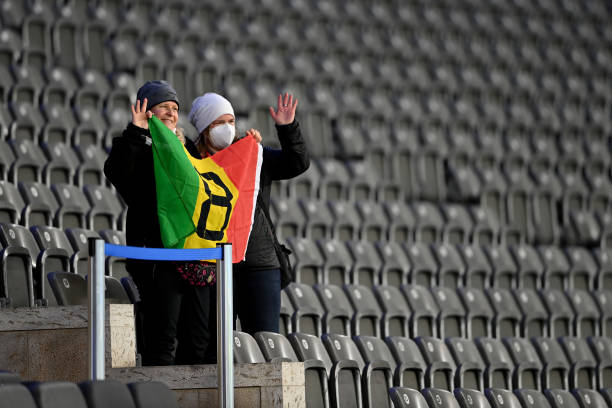